I’ve been doing a lot of work with rigging Kinect-controlled digital puppets for After Effects animation. I’m using a combination of Nick Fox-Gieg’s KinectToPin for Processing and a bunch of expressions to smooth things out and make connecting pins to their source tracks a little less painful. I’m hoping to put together a tutorial soon, but in the meantime here’s a test render of a puppet created from a very old engraving:

The Documentary Group has had several projects on the air in recent weeks:

America in Primetime is our four-part series that traces the history of television through different character archetypes. Here’s the trailer:

The entire series is now available in streaming form at pbs.org, along with tons of bonus clips and material.

Angle of Attack: How Naval Aviation Changed the Face of War was released in November through American Public Television and is now available on DVD. I did some snazzy opening titles for this one that I’m pretty proud of. Check out the trailer:

And if you’re a Dish Network or DIRECTV subscriber, be sure to catch Operation Homecoming: Writing the Wartime Experience, airing tonight on the Documentary Channel as part of their “Best of Doc” series.

I’ve been sick. (Achoo!) I doodled this little guy bringing me tea on a napkin, and he was cute enough that I decided to trace him in Illustrator and turn him into a vector:

He needs a name! Best suggestion so far is “Schroedinger”.

So I’m working on some maps for a film about naval aviation, and I was struck by how far one had evolved from the starting material.

Here’s how it looks at the moment:

And even that map began life as a set of even more boring public domain vectors. Everything else is AE-generated. (And yes, the size of Hawaii and Midway are exaggerated slightly for increased visibility on your television screen. Shhhh.)

Nothing is finalized yet; the map that actually ends up in the film could be more different still.

I’m working on something fun. We’re hoping to have it finished in the next couple days, but here’s a sneak preview:

It’s very noir-y. And there’s a scene in the film where I have pigtails… 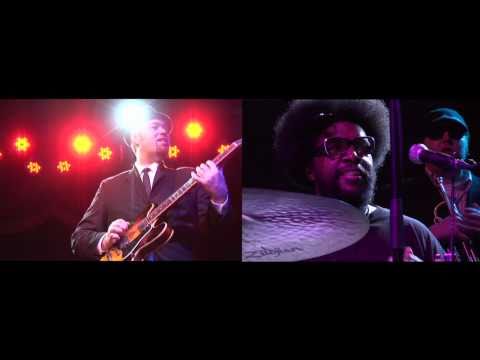 The title graphics for this were a fun side project for me. I got to do some motion tracking and playing with type made out of lights. I’m really looking forward to seeing the finished product!

I do my best to never, ever have to touch Powerpoint. I managed to go more than three years at my job before I finally had to relent and install it for a particular project. I have to admit, however, that I’m vaguely fascinated by how it manages to be exactly the wrong tool for 90%+ of what it’s used for. On one hand, it forces you to oversimplify complex ideas, without giving you what you need to actually make them easier to understand. On the other, it puts very dangerous powers of Bad Animation in the hands of people who shouldn’t even be going near the text color selector.
END_OF_DOCUMENT_TOKEN_TO_BE_REPLACED

So I’ve been experimenting with BCC Reptilian. It’s normally used to make lizard skin-style textures, but I discovered some other interesting things to do with it, and this was the most realistic effect I managed. END_OF_DOCUMENT_TOKEN_TO_BE_REPLACED

All design projects have different needs, and individual clients and designers are very different people and have different ways of working, thinking and talking about their work. But having a general framework for interaction can help prevent people coming across as, say, a “nightmare client” or a stubborn artist unwilling to stray from their “vision.” With permission, I’m going to use a small design project I did recently for a workshop performance of Kevin Clark‘s opera Summer’s Twilight as an example. This is a long piece, and it may sound like a complicated process, but it is far less scary and involved that it seems — the example project only took a few hours over a couple of days. END_OF_DOCUMENT_TOKEN_TO_BE_REPLACED